Mr. October And The Moon Of Madness 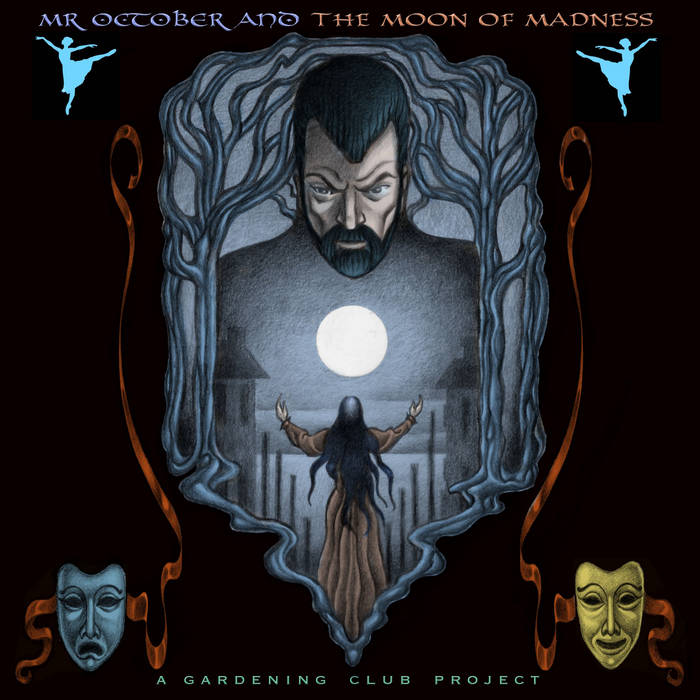 The Origins of the ‘October Project’

Early in 2021, knowing my interest in the history of London theatre, Martin Springett sent me a photograph of a poster he discovered among the effects of a distant second-cousin in the Regent's Park area whose meagre estate had been divided among her surviving relatives. I was intrigued and immediately set out to learn more about the play, the actors listed and the White Hart Theatre. After a week of intensive research, I could find no record of the people, the production or the building itself. It was as if an entire chapter of London’s theatrical history had been erased. This piqued my interest all the more. The theatre address, never the most salubrious, is now home to a purveyor of cut-price electrical goods and the current proprietor has no recollection of, nor interest in, tales of a more glamorous earlier existence.

Similarly, I continued to draw a complete blank on the names (assumed or otherwise) of Mr. October and Ludmilla. The British Library couldn’t find a single reference. At least not in their theatrical records.

Two weeks into my research, I received a phone call informing me that a clue had finally been found. In the ‘Personal’ advertising section of The Times, dated 18th October, 1890 was a short statement, reading as follows - ‘Mr. October would like to inform his many admirers (and detractors) that the recent, final performance of ‘The Moon of Madness’ will mark the end of his latest ill-fated sojourn in the capital. It is the theatre’s great loss. No forwarding address has been provided.’ And that seemed to be the end of it until, one week later, the same source (who, incidentally, never left a name) sent a grainy photocopy from the London Police Gazette of that same year. It read, “Metropolitan police detectives, having been unable to gather any further information regarding the disappearances of the West End actress and dancer known, professionally, only as ‘Ludmilla’ and her male performing partner (real name unknown), have announced today that the baffling case popularly known as the ‘Mr. October Affair’ is, henceforth, officially closed."

Shortly after I received that last correspondence, I was able, through an intermediary, to arrange a private meeting with the mysterious sender (who continues to insist on the strictest anonymity).

The story revealed here, set to music by Martin Springett and his Gardening Club colleagues, is the result of that meeting.